An Adventure In Finding Balance

Well, the Grammys were officially a freak show this year. Some people looked sexy, fashion forward and classy, while others looked… different.

Actually, no, they didn’t look “different”. They looked ridiculous. When did the Grammys become a platform for the bizarre? Nothing about what Nicki Minaj did was “self expression.” She was simply trying to freak people out as a desperate attempt to garner attention. 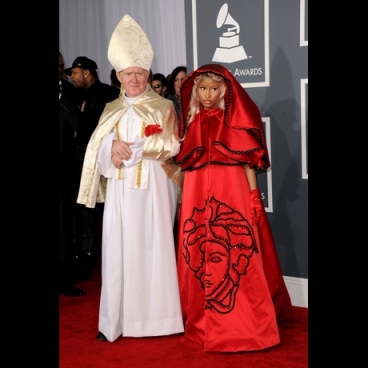 Stunts like Minaj’s disturbing on-stage exorcism this year and Gaga’s egg debut last year ultimately come across as pathetically over-the-top performances that will never measure up to Madonna’s natural ability to provoke and entertain audiences.

Beyond that even were the timeless and powerful performances delivered by Adele and Jennifer Hudson. No pyrotechnics, costumes or special effects required. Each took the stage and said “My voice is enough.”

You looked so bad it hurt my feelings. And my eyes. And killed my soul a little.

Be weird, eccentric, quirky and creative. But don’t do it just to be weird. Watching you was like seeing a disturbing Halloween themed awards show satire done in a style reminiscent of Donnie Darko.

Let’s consider a successfully bizarre look: Cyndi Lauper. She looked like a total freak but it was 100% her. Girlfriend hasn’t cared what people think for 30 years, so why start now? Bless her and all her crazy. 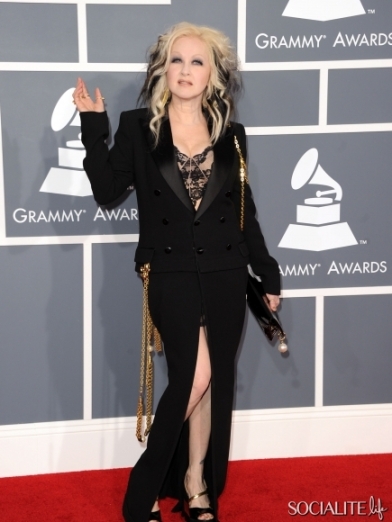 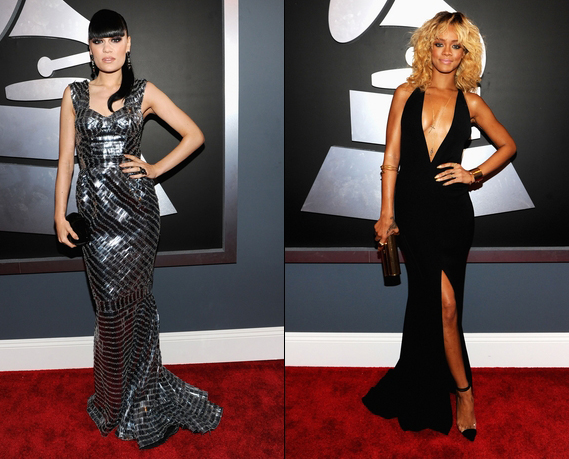 And finally, to Snooki and Paris Hilton: Neither of you have any business being at the Grammys. The time you invested in attending the awards show would be much better spent on determining whether or not you are capable of adding value to the world, and if so, how. Get to it.

This pretty much sums up my perspective on the music industry: 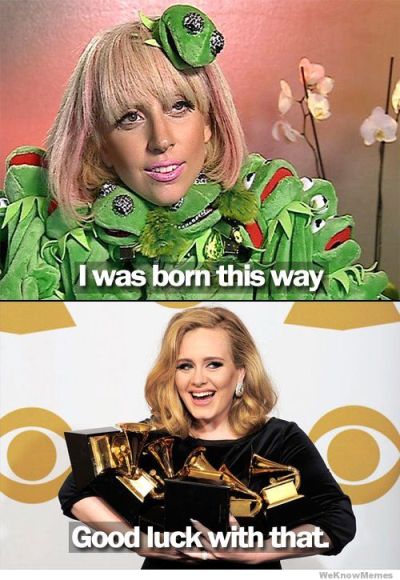